Portal to an Alternative Reality

Produced by public artist John Craig Freeman, in partnership with the ZERO1 American Arts Incubator, the U.S. Department of State’s Bureau of Educational and Cultural Affairs, the U.S. Consulate General, Wuhan and K11 Art Foundation China, Portal to an Alternative Reality acted as an access point where the public was able to immerse themselves in virtual and augmented reality experiences that document the rapidly changing city of Wuhan, China. 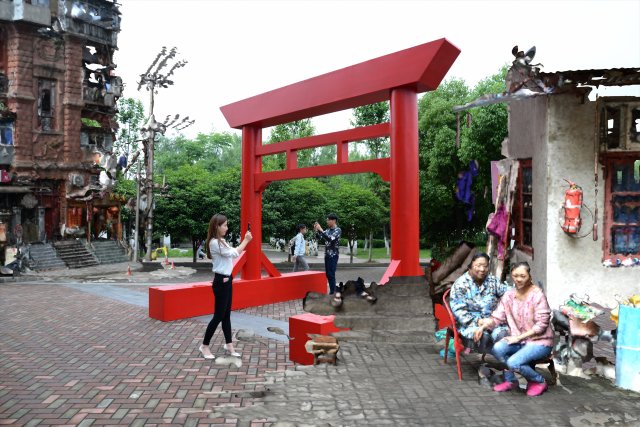 In April 2016 Freeman led an intensive five day virtual and augmented reality workshop, where he assemble and train production teams made up of people from across the city. The teams were asked to determine which parts of the city augmented reality scenes would be created in.

The workshop took place at the K11 art village facilities. Each team was given wallspace in K11’s exhibitions gallery to prepare poster style proposals for a micro-grant competition. On April 23rd the public was invited to a community exhibition event where a panel review was conducted to choose the four micro-grant recipient teams finalists.

Team One is proposed a city-wide project titled A Crow Drinking Water, which used augmented reality to document and respond to the loss of three quarters of Wuhan’s lakes to land reclamation and development.

Team Two investigated the history of the original Wuhan Dazhimen Railway Station, a beautiful French style building from the 1920’s which was once the most modern and important railway station in China, and helped to shape Wuhan’s image as a transportation hub. The building stands abandoned today and the group proposed a kind of augmented reality museum, accessible from the street.

Team Three focused  on the site of the former Wuhan Airport in Wuchang in their project titled Vanished Nanhu Airport. Although the flight control building is still extant, it has been redeveloped as part of a sprawling housing development. Indeed, the former runway is a traffic congested street artery which, if all goes as planned, will one day have period planes taking off and landing on it again, at least virtually.

Team Four continued the portal gate concept in their project, Through Gate. It included creating a network of portals connecting the institutions and students at several of the important universities in the city, which all have gateway entrances.