EEG AR: Things We Have Lost, Basel consists of a city-wide public art installation viewable on smartphones and other mobile devices.

People were selected at random in the streets of Basel and simply asked, “What have you lost?” Their responses were recorded along with the location, and a database of lost objects was created based on the responses given.

The lost objects were then placed back in the exact GPS coordinates where the encounter took place, creating a citywide network of lost things.

The the lost objects can be found on Basel’s Jakob Burkhard Scenic Walk along the Freie Strasse, on Barfüsserplatz, around the Kunsthalle and down the Heuberg and Spalenberg. 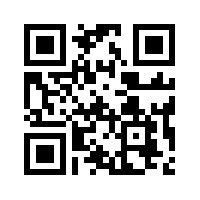 EEG AR: Things We Have Lost, Basel was produced for the Virtuale Switzerland a festival for public space using new digital tools not only to view the artwork and to interact with them, but also to design the experience of participation itself. The program content for Virtuale Switzerland focuses on the use of public space, mobile communication technologies, and explores the types of audiences found in public space, as well as inventing “playful” new strategies to bring the public into the exhibit as “real” visitors being offered a unique experience. The project encompasses Artworks using Augmented Reality, Urban or Location Based Gaming, and Digital Heritage applications. It is interdisciplinary, bridging areas such as art and technology, digital heritage and tourism, as well as digital culture and art mediation. This edition of the Virtuale for Basel digitally enhances the well-known “Five Scenic Walks” that lead visitors through the city of Basel. Each of the digitally enhanced routes offers the public diverse collections of artworks, which focus thematically on the person who the tour has been named after, Erasmus, Paracelsus, Hans Holbein etc. Several of the artworks on display are interactive and allow visitors to participate creatively, while other artworks are sculpture-like and accent and heighten the beauty of some of the most well-known and picturesque places that the city of Basel has to offer.

Audience participation is central to the EEG AR: Things We Have Lost, Basel project. The audience provided the content with their responses to the question “What have you lost?” and viewers actively tour the city in search of lost things.

The use of location aware mobile networked technology has become pervasive within our culture. As an artist trying to make relevant work in the twenty-first century, I find it hard to imagine not using it in my own practice. These days, people expect to have agency in their experience.

The idea of collecting cultural production and housing it in institutions for public consumption is a relatively new approach to art dissemination, one that corresponds to the rise of commodity capitalism. In the past, all art was location-based and site specific. From the cave paintings of Lascaux to the great renaissance cathedrals of Europe, being there mattered, and getting there was part of the experience. Accordingly, EEG AR: Things We Have Lost, Basel has more in common with the practice of pilgrimage than anything happening at Art Basel.

A new reality is forming all around us, a virtual reality that corresponds directly with the physical space, in which we live our lives.

It once cost tens of thousands of dollars to build a facility to experience virtual reality. Now most of us carry this capability around in our pockets. EEG AR: Things We Have Lost, Basel and the Virtuale Switzerland is a pioneering venture into this emergent new reality.