Augmented reality (AR) is the integration of digital information with the user’s environment in real time. AR users experience a real-world environment with generated perceptual information overlaid on top of it. Freeman and Lewy have installed their distinctive augmented reality works at the Installation Space gallery, as well as at access points in downtown North Adams public spaces. The augmented art is viewable by downloading the free Hoverlay app on a mobile device.

CLIMATE CHANGE MIGRATION STORIES
An augmented reality installation by John Craig Freeman
Climate Change Migration Stories is an augmented reality public art project designed for exhibition in public squares and other publicly accessible spaces. People encounter the project by way of wayfinding signage placed at the physical location, with information and instructions about how to experience the augmented reality content. Users use common mobile phones to guide themselves on a walking tour through a series of virtual scenes. The experiences consist of world scale, photorealistic scans created on location in and around the U.S./Mexico border.

John Craig Freeman is a public artist with over twenty years of experience using emergent technologies to produce large-scale public work at sites where the forces of globalization are impacting the lives of individuals in local communities. His work seeks to expand the notion of public by exploring how digital networked technology is transforming our sense of place.

Climate Change Migration Stories is an augmented reality public art project designed for exhibition in public squares and other publicly accessible spaces. People encounter the project by way of wayfinding signage placed at the physical location, with information and instructions about how to experience the augmented reality content. Users use common mobile phones to guide themselves on a walking tour through a series of virtual scenes. Being developed at the MIT Open Documentary Lab, the resulting work consists of world scale experiences created on location in and around the U.S./Mexico border.

Michael Rees and the International Sculpture Center, publisher of Sculpture magazine, are excited to present Ad Hoc, a virtual talk series. Join Michael Rees as he talks with special guests who work in art, technology, and sculpture.

In this episode, Michael is joined by artist and educator, John Craig Freeman. Join us every other week for more episodes! Make sure you like and subscribe to get updates on the International Sculpture Center.

Michael Rees is an artist working in themes of figuration, language, technology, and the social to weave a sculptural mélange. He received his BFA from the Kansas City Art Institute and his MFA from Yale University. He also won a Deutscher Akademischer Austaushdienst for undergraduate study at the Kunstakademie in Dusseldorf, Germany, with Joseph Beuys. Rees is currently professor of sculpture and digital media at William Paterson University, and Director of the Center for New Art there.

In 2016, Freeman traveled to the city of Wuhan in the Hubei District of Central China as part of the U.S. State Department’s cultural diplomacy program, the ZERO1 American Arts Incubator. Wet Market, Wuhan is part of an extensive body of work, which documents the rapidly changing city and seeks to shed light on the complex and nuanced culture and history of the place. In a time when political forces compete to lay blame for the failings of public health policy, the city of Wuhan, and specifically its wet markets, have become the target of derision. Using this ancient city and its’ local customs as a political cudgel, does nothing to solve the problem of the threat of global pandemics. Only science can do that. Read the article and view in AR.

A Curated Conversation on Augmented Reality 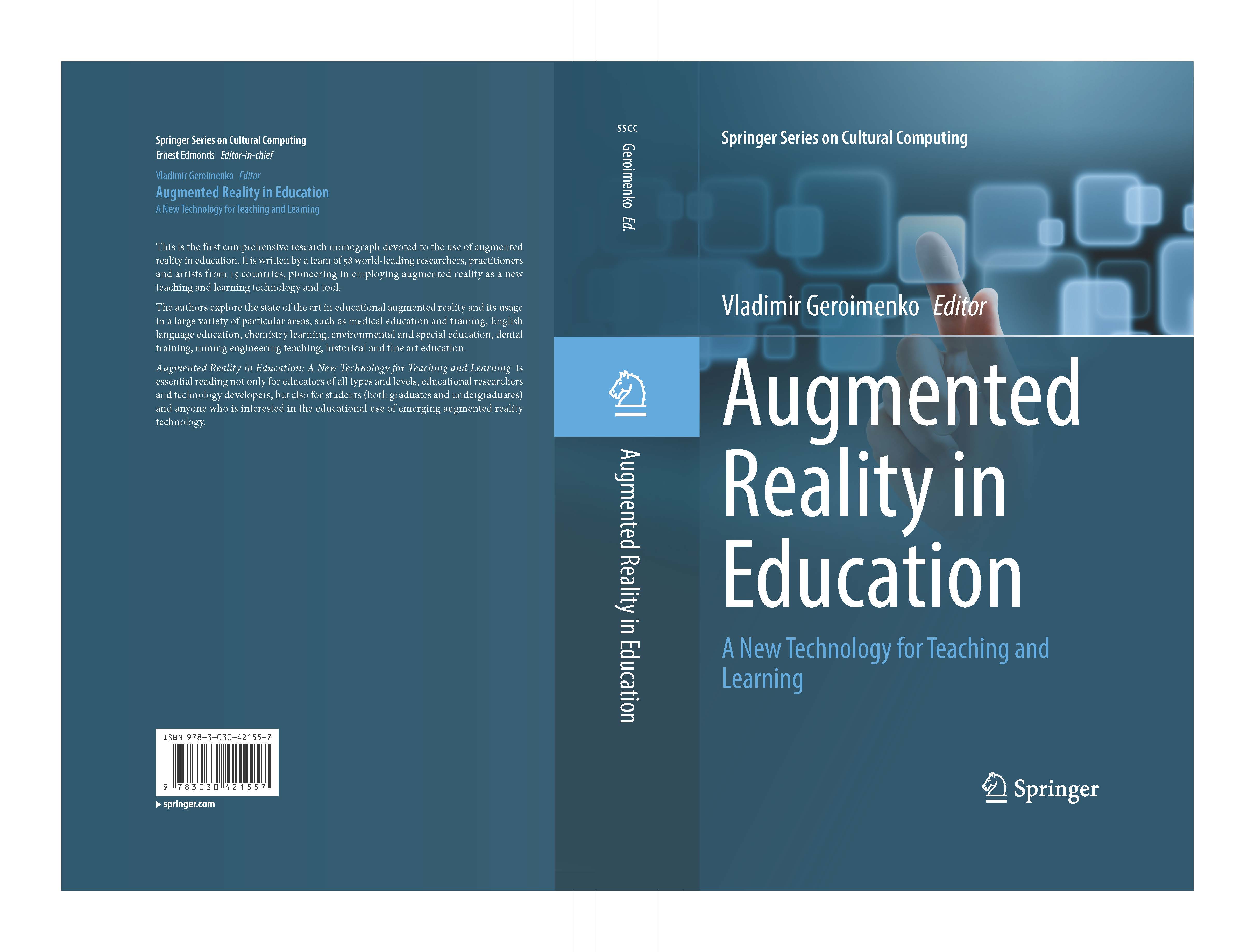 The Auto Show, 2019 Public Art season on The Greenway

In partnership with Boston Cyberarts, the Greenway Conservancy commissioned AR artists and a local historian to conceptually explore the themes of transportation and the automobile superimposed with views of The Greenway, combining the past, the present, and the future.

The featured AR artists on this project are Nancy Baker Cahill, Will Pappenheimer, and John Craig Freeman.

John Craig Freeman has contributed two augmented reality public art experiences for The Auto Show, including Fossil Fueled, a whimsical representation of the history of fossil fuel consumption, and Roadside Detritus, a poetic contemplation of U.S. Route 1, which was once routed along the same path through Boston that makes up the Rose Kennedy Greenway today.

These two projects allow users to view and explore world-scale virtual representations of the detritus of an era of optimism based on the freedoms afforded by the automobile and the interstate highway system. Fossil Fueled includes a collection of virtual gas pumps, dating from the 1920s to the 1970s. Some have become unmoored, spinning in midair.

Old Route 1 was produced along the remaining U.S. Route 1 through Massachusetts from Attleboro to Newburyport. The artist traveled the historic highway scanning residual evidence of the utopic mid-twentieth century automobile culture.

Technology is changing the way we make, experience and share our ideas. But how do artists use it to shape their craft and the way their audiences experience it? ART + TECHNOLOGY explores how creatives are bringing the disparate fields of ART + TECHNOLOGY together to reveal surprising works that belong to a whole new genre.

Viewing technology as a crucial part of the art world in 2018, John Craig Freeman works with AR to create authentic artwork that will be relevant to the masses. In the twenty-sixth episode of ART+TECHNOLOGY, we are introduced to John’s AR art through the lens of globalisation and local communities.

John’s project, Coming Home is an AR public art installation that raises awareness of the houseless in San Francisco. To showcase the plights of the elderly, the homeless and students; Coming Home combines AR and storytelling to create a vehicle for education and empathy through art.

Coming Home, is a walk through augmented reality experience connecting the people of San Francisco across the housing divide. Visit the project page.

Curated by Jeff Gipe, “Facing Rocky Flats” precedes the planned public opening of the Rocky Flats National Wildlife Refuge. This group exhibition uses art and oral history to explore the past, present, and future of this contentious site.

From 1951 to 1989, Rocky Flats produced the plutonium “pits” (or fissile cores) for every nuclear weapon in the U.S. arsenal. During that time, the plant was alternately revered as a patriotic enterprise that protected American freedom, reviled as the most destructive bomb factory in human history, and denounced as a secretive polluter that spread deadly radiation across Denver’s suburbs. Equally heated debates have broken out over Rocky Flats’ demolition (1995-2005) and the ongoing efforts to keep its residual contamination from spreading.

Today the former bomb plant is invisible to the eye, yet its radioactive remnants will outlast the half-life of plutonium – 24,110 years. The legacy of Rocky Flats is still in its infancy. “Facing Rocky Flats” surveys the first of what will be many generations of creative undertakings necessary to keep the site’s history and memory alive.

John Craig Freeman is an artist with over two decades of experience using emergent technologies to produce large-scale public work at sites where the forces of globalization are impacting the lives of individuals in local communities. With his work, Freeman seeks to expand the notion of public by exploring how digital networked technology is transforming our sense of place.

In the late 1980s, Freeman moved to Colorado to pursue an MFA at the University of Colorado. Before he arrived, a group of environmentalists known as Citizens Against Billboards on Highway 93 had organized a successful boycott against a group of billboard that were lined up in a row, just outside the front gates of the Rocky Flats plant. The ads, located along one of the most scenic parts of the drive along the Front Range of the Rocky Mountains, were considered an eyesore. Plutonium contamination is, of course, invisible.

Unable to convince local businesses to advertise on the billboards, the owner was driven out of business and the billboard structures stood empty for several years. Freeman recognized the billboards potential for public art and began making proposals using early Macintosh desktop computing technology. After convincing the owner to loan the structures for the project, Greenpeace got wind of the project and offered to fund it.

Over about a mile, the text read “TODAY” “WE MADE” “A 250,000 YEAR” “COMMITMENT”. The half-life of of plutonium, the duration of time that it remains deadly, is a quarter of a million years.

The decision to shut down plutonium operations at Rocky Flats was quietly taken during the media firestorm that followed this project.