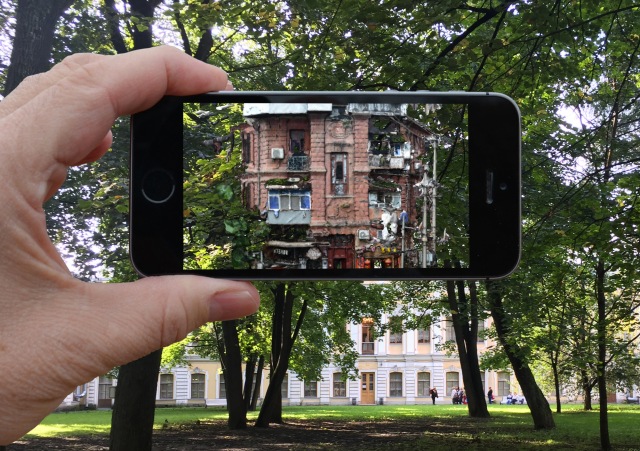 Art Prospect Festival is St.-Petersburg’s largest annual festival of public art. Founded by the non-profit organization CEC ArtsLink in 2012, Art Prospect sets out to transform familiar urban landscapes, filling the city’s streets, courtyards, parks, and other public spaces with temporary, site-specific art. ART PROSPECT furthers the development of new forms of creative interaction, giving artists from Russia and abroad the opportunity to engage with local context, defining and reformulating its aesthetic, historical and cultural, and social components. Since the Festival’s inception in 2012 more than 150 artists from 20 countries all over the world have taken part in the festival and attracted more than 15 000 visitors.

Produced by public artist John Craig Freeman, Portal to an Alternative Reality, St. Petersburg acts as an access point where the public can immerse themselves in virtual and augmented reality experiences.